Everyone having a beary-good day? (sorry, couldn’t resist)

If you’ve been RV’ing long enough there’s a good chance you’ve come across a bear in the wild. The good news is that there have only been 180 fatal bear attacks in North America since 1784 – less than one bear-related fatality a year.

Today, we are going to learn everything about one of the best defenses to bear attacks: bear repellent. Peer-reviewed studies have shown that bear repellent is the single most effective way to protect yourself from a bear encounter.

Not only will we teach you everything you need to know how and when to use bear repellent, we’ll arm you with the knowledge on what to look for when buying bear repellent.

Death by bear ain’t something to go into hibernation over, but that doesn’t mean you shouldn’t be prepared. With that in mind, let’s learn about bear repellent. If you are searching just for our top picks, you can JUMP TO OUR BEAR REPELLENT RECOMMENDATIONS HERE or see our top recommendation right below!

Our Top Recommendation for Bear Repellent

If you’ve simply come to get our top recommendation for bear repellent, our top choice is Counter Assault Bear Spray.

Counter Assault Bear Spray not only meets, but far exceeds, the standards for effectiveness set out by the Interagency Grizzly Bear Committee (IGBC) for bear spray.

Counter Assault Bear spray checks off all the boxes you would look for in an effective bear spray. You will find it is a bit more expensive than some of its competitors, but it comes in a larger canister and has an industry-best 32 foot reach. While bears are beautiful and awesome creatures, the best bear encounter is no bear encounter. Remember that bear spray should only be used as a last resort if a bear is poised to attack.

The first, and most important, question we need to ask is: does bear repellent work?

Bear–human confrontation results in serious and sometimes fatal injuries to both bears and humans alike and that’s why it’s critical to know the effectiveness of repellent.

Peer-reviewed research confirms that bear spray is a highly effective way to curb bear encounters in the wild. A 20-year study on bear repellent published in the Journal of Wildlife Management found that bear sprays stopped a bear’s “undesirable behavior” more than 90% of the time. The flip side of the coin is that studies have shown that up to 72% of non-sport bear deaths are the result of aggressive bear–human interactions.[1]Miller, S. D., and M. A. Chihuly. 1987. Characteristics of non-sport brown bear deaths in Alaska. International Conference on Bear Research and Management 7:51–58 It is highly likely that many bear fatalities could be avoided with non-lethal deterrents like bear spray.

In fact, when bear spray has been successfully deployed, bears do not die 9 out of 10 encounters, researchers say. This is an important statistic to note as bear numbers continue to dwindle across North America.

The Journal of Wildlife Management study concluded: “Bear spray represents an effective alternative to lethal force and should be considered as an option for personal safety for those recreating and working in bear country.”

When to Use Bear Repellent

If you see a bear in the wild and the bear has noticed your presence, the National Parks Service recommends a number of steps to take to avoid a dangerous encounter:

If you’ve taken these steps and the bear continues to encroach, stand your ground, slowly remove your bear repellent and fire the repellent downwards in the direction of the bear.

The trick is: bear spray doesn’t work unless you use it. This is why most bear sprays come with waist or shoulder holsters so you can easily access your spray. If you are in an area with a known bear population, it’s best to have your bear repellent ready to go in the unlikely event a confrontation occurs.

How To Use Bear Spray

The first thing you need to do is read the directions of your particular bear spray before you are ready to use it. Each bear spray will have different label instructions and depending on spray length and distance you may need to discharge in a different manner.

When you are out in the wild, if you see a bear anywhere in your vicinity you should immediately arm yourself with the bear spray. You should be ready to use the bear spray only if the bear approaches closer than 50 ft. (15 m).

The IGBC recommends the following steps you should take to use your bear spray:

How Far Does Bear Spray Shoot?

Bear spray will typically fire 20-35 feet (6.0 to 10.7 meters), however, distance cannot be the sole determining factor in your purchase decision. A group of bear conservationists called the IGBC recommends a bear repellent that reaches 25 feet (7.6 meters) or more and lasts for at least six seconds at a minimum of 7.9 ounces.

Not all brands meet these recommendations, so it’s important that you do your own research and find out which brands will protect you the best in case of an encounter.

Where to Buy Bear Spray

You can find bear spray online at Amazon or at large chain retailers such as Cabela’s, Walmart, or REI. Many bear repellents will come with a belt holster to have a secure place to hold your repellent while out in nature.

How Much Does Bear Spray Cost?

Most bear repellent will come in an 8oz-10oz canister and cost between $30 and $55 for single cans. Bear sprays that come with holsters will be marginally more expensive.

There are plenty of bear repellents to choose from online. Assuming the product meets EPA standards, the most important standards to look for when researching bear spray are (1) Volume (2) Spray duration (3) Concentration and (4) Distance.

You can check out the statistics for our top choices in the chart below and determine for yourself which spray best suits your needs.

Our recommendation for best bear spray is Counter Assault Bear Spray. Coming in a nice-sized 10.2 canister with a 40 foot spray distance and an impressive 8 second discharge, we choose Counter Assault as our spray of choice.

What Are the Ingredients In Bear Repellent?

Bear spray has a very similar chemical makeup to the pepper spray that humans use to protect themselves from other humans.

Surprisingly, pepper spray is typically more potent than bear spray as it contains a higher concentration of Oleoresin Capsicum (the ingredient that causes a burning sensation).

In the majority of bear repellants you can find three main ingredients:

Please keep in mind that safety regulations prohibit airlines from transporting bear spray. If you are traveling in small aircraft or helicopters, you should inform the pilot before your departure that you are carrying the spray.

Does Bear Spray Work On Humans?

Many people want to know: does bear spray work on humans? Simply put, the answer is YES, however, it likely won’t be as effective as pepper spray on humans. BearSmart says bear repellent will affect humans in a similar way to how it affects bears. Like pepper spray, bear spray will cause humans to be temporarily incapacitated and will lead to swelling and irritation of the eyes, nose and lungs.

The Alaska Department for Fish and Game (ADFG) says that bear repellent can leave the canister at speeds of over 70 miles per hour – leading to permanent damage to human eyes. Bear spray should never be used offensively as a weapon against other humans where prohibited.

It’s important to note that the concentration may differ from brand-to-brand and from country to country – so always read the ingredients of brand you are purchasing.

One of the main differences between pepper spray and bear spray is the manner in which the ingredients discharge from the canister. Bear sprays will discharge a wide cloud of burning chemicals between you and a charging bear. In contrast, pepper spray shoots out in a narrow stream that’s meant to target the eyes of the attacker.

Bear repellent is an economical and effective self-defense tactic for RVers who spend time in the wilderness. Bears are magical and beautiful creatures, but in their natural habitat they can be territorial and ferocious – especially when protecting their cubs.

Our advice is to be prepared. Invest in a can or two of bear spray to keep you and your loved ones safe in the rare occurrence you find yourself in a confrontation with a bear. You will never regret having bear spray on you, even if you never have to use it.

Have any comments or questions? We love to hear from our readers. Leave a message below with your story or recommendations on bear spray. Our community thrives on connection and sharing information with one another. Looking to rent an RV this summer? Hurry up and check out our recommendation on one of the best peer-to-peer rental options! 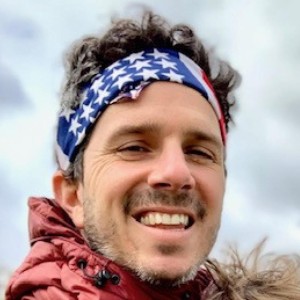 PrevPreviousDo I Need a Tow Car Shield?
NextNeed RV Repair? Find A Mobile RV Repair Provider Near You Next